On Tuesday European regulators warned that the COVID booster shots could adversely affect the immune system.

This was a huge admission for European officials after pushing booster shots just weeks earlier. What happened?

Then later on Tuesday the World Health Organization joined the EU and also condemned the continued booster regimen.

That was quick.
What happened?

What do they now see about the experimental mRNA vaccines that they did not see just a month ago?

In a statement released by WHO on Tuesday, it said, “a vaccination strategy based on repeated booster doses of the original vaccine composition is unlikely to be appropriate or sustainable.”

Via Alex Berenson on Substack.

Now the World Health Organization has waved the white flag on Covid vaccine boosters too.

WHO released a statement about Covid vaccines yesterday. It’s filled with the usual public health jargon and ass-covering, but one line stands out:

a vaccination strategy based on repeated booster doses of the original vaccine composition is unlikely to be appropriate or sustainable.

Aside from a few unlucky Israelis, no one is going to receive a fourth dose of the original vaccine; everyone with eyes can see it doesn’t work against Omicron. (And if you haven’t gotten a third dose, at this point, why would you? You are getting at most weeks of marginally improved protection for potentially severe side effects.)

Instead the WHO is now promising/demanding vaccines based on whatever the dominant Sars-Cov-2 strain is at the moment.

That promise is as empty as all the others the health bureaucrats and vaccine companies have made.

At least five major variants (“variants of concern”) have developed in the last year, and two have become globally dominant. Even the mRNA vaccines cannot be cooked up and delivered fast enough to match whatever strain of virus becomes dominant. Covid is faster than the scientists. 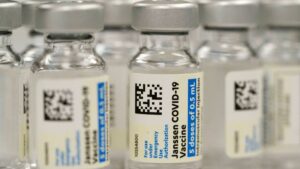