The EU is set to advise all members to draw up a strategy to handle the spread of the tropical disease, which could involve jabbing close contacts of infected people with a smallpox vaccine.

Monkeypox: WHO warns of ‘formidable’ challenges of virus, Covid and war in Ukraine

Monkeypox has spread to 15 countries outside Africa, and the UN health agency’s experts met to discuss how the world needs to react.

Monkeypox cases have nearly tripled in the UK, as the WHO warned that the world faces a series of “formidable” challenges as the deadly virus spreads.

Monkeypox has spread to 15 countries outside Africa, and the UN health agency’s experts met to discuss how the world should react to slow the virus’ rampage around the globe.

More than 100 cases have been confirmed in Europe, North America, Israel and Australia – including another 36 cases in the UK today, up from 20 to 56.

Belgium has introduced a mandatory three-week quarantine for anyone who contracts the deadly virus.

The EU is set to advise all members to draw up a stratey to handle the spread of the tropical disease, which could involve jabbing close contacts of infected people with a smallpox vaccine.

Monkeypox does not often spread between people, so experts have been left surprised by its sudden emergence outside of Africa. 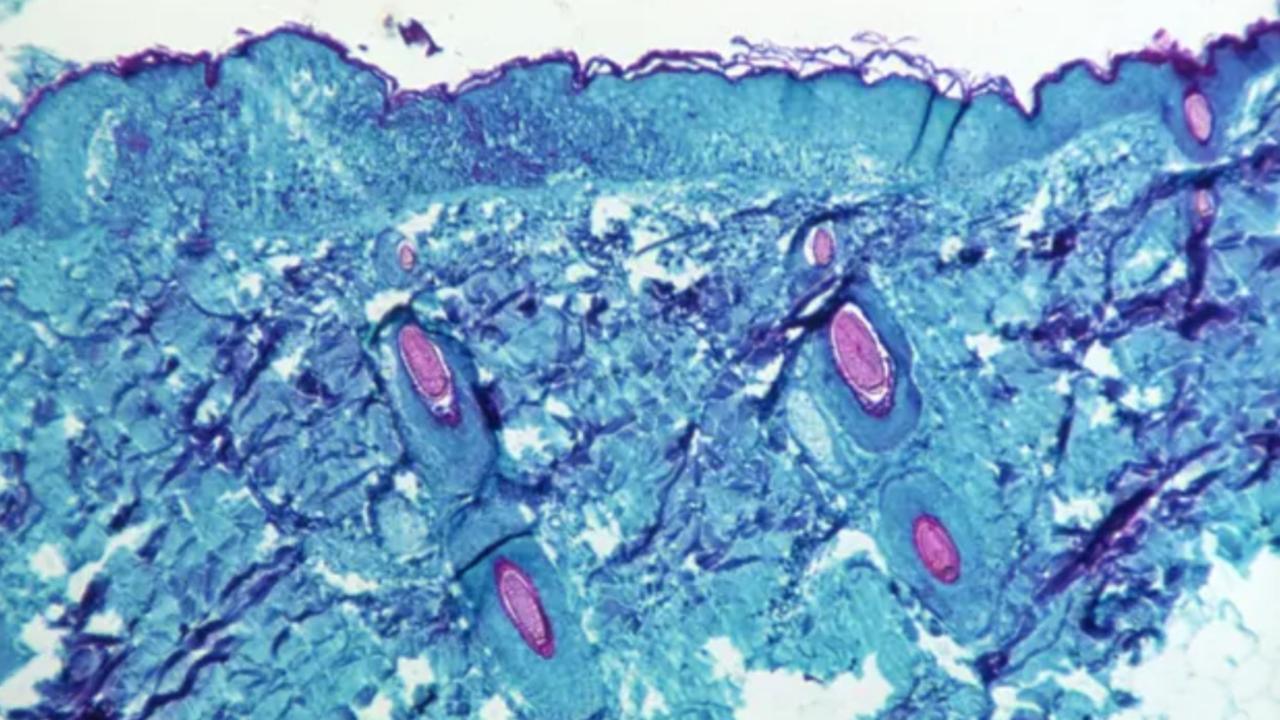 WHO chief Tedros Adhanom Ghebreyesus on Sunday warned that the Covid pandemic was no longer the only health crisis facing the world.

“As we speak our colleagues around the world are responding to outbreaks of ebola in the Democratic Republic of Congo, monkeypox and hepatitis of unknown cause and complex humanitarian crises in Afghanistan, Ethiopia, Somalia, South Sudan, the Syrian Arab Republic, Ukraine and Yemen,” he told the World Health Assembly.

“We face a formidable convergence of disease, drought, famine and war, fuelled by climate change, inequity and geopolitical rivalry.”

The assembly, due to run through Saturday, marks the first time the WHO is convening its 194 member states for their first largely in-person gathering since Covid-19 surfaced in late 2019.

Joe Biden weighed in on the monkeypox outbreak during a trip to Japan on Monday, saying the US has enough vaccines to deal with the virus and “extra efforts” are not needed to prevent its spread.

President Biden was asked if Americans could expect to see weeks-long quarantines for people infected with monkeypox.

“No, I don’t think so. Look, we’ve had this monkeypox in larger numbers in the past,” he said at a press conference in Tokyo after talks with Japanese Prime Minister Fumio Kishida.

“Number two, we have vaccines to take care of it. Number three, thus far, there doesn’t seem to be the need for any kind of extra efforts beyond what’s going on.” 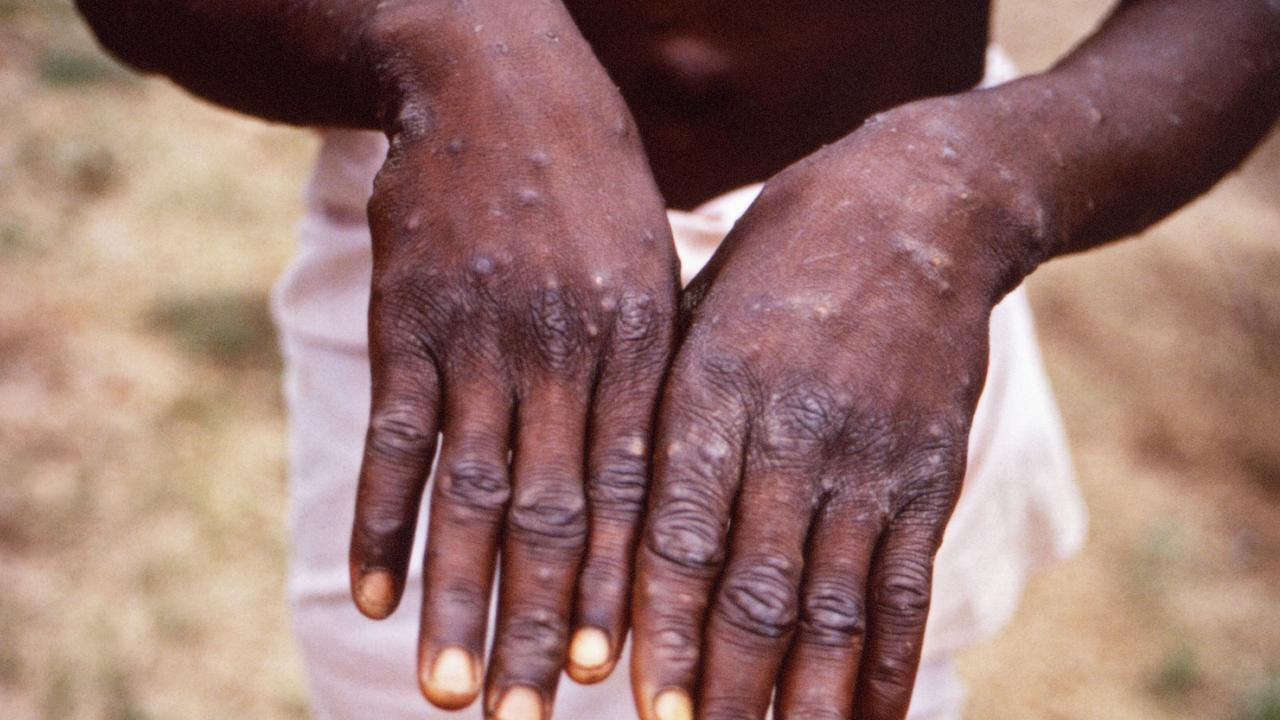 The monkeypox virus has spread to 15 countries outside of Africa

Meanwhile, the UN’s AIDS agency on Sunday called some reporting on the monkeypox virus racist and homophobic, warning of exacerbating stigma and undermining the response to the growing outbreak.

UNAIDS said “a significant proportion” of recent monkeypox cases have been identified among gay, bisexual and other men who have sex with men.

But transmission is most likely via close physical contact with a monkeypox sufferer and could affect anyone, it added, saying some portrayals of Africans and LGBTI people “reinforce homophobic and racist stereotypes and exacerbate stigma”. Experts are unsure why the virus is spreading so quickly.

As of May 21, the World Health Organization has received reports of 92 laboratory-confirmed monkeypox cases and 28 suspected cases from 12 countries where the disease is not endemic.

“Stigma and blame undermine trust and capacity to respond effectively during outbreaks like this one,” said UNAIDS deputy executive director Matthew Kavanagh.

No treatment exists, but the symptoms usually clear up after two to four weeks. The disease is considered endemic in 11 African nations.

Tedros warned important work at the assembly to address a long line of global health emergencies and challenges, including the Covid-19 crisis, could not succeed “in a divided world”.

The former Ethiopian health minister said he was viewing the ravages in Ukraine through a personal lens: “I am a child of war”.

In Ukraine and elsewhere, he said, it is clear peace “is a prerequisite for health”.

But it was war that dominated the high-level speeches on the first day of the assembly.

“The consequences of this war are devastating, to health, to populations, to health facilities and to health personnel,” French President Emmanuel Macron said in a video address. He called on all member states to support a resolution to be presented by Ukraine and discussed by the assembly Tuesday, which harshly condemns Russia’s invasion, especially its more than 200 attacks on healthcare, including hospitals and ambulances, in Ukraine.

The resolution will also voice alarm at the “health emergency in Ukraine”, and highlight the dire impacts beyond its borders, including how disrupted grain exports are deepening a global food security crisis.

But while Russia has been shunned and pushed out of other international bodies over its invasion, no such sanctions are foreseen at the World Health Assembly.

“There’s not a call to kick them out,” a Western diplomat told AFP, acknowledging the sanctions permitted under WHO rules are “very weak”.

The Ukraine conflict is far from the only health emergency up for discussion this week, with decisions expected on a range of important issues, including on reforms towards strengthening pandemic preparedness.

“This meeting is a historic opportunity to strengthen universal architecture for security and health,” Dominican Republic President Luis Abinader Corona told the assembly.

Amendments are being considered to the International Health Regulations – a set of legally binding international laws governing how countries respond to acute public health risks.

And negotiations are underway towards a new “legal instrument” – possibly a treaty – aimed at streamlining the global approach to pandemic preparedness and response.

But experts warn the reform process is moving too slowly.

“At its current pace, an effective system is still years away, when a pandemic threat could occur at any time.”

Study Finds That Athlete Deaths Are 1700% Higher Than Expected